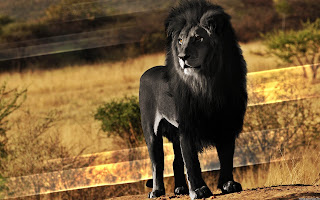 An ebon-furred beast whose hide cannot be pierced except by wooden weapons, whose poisonous breath can kill a grown men or an elephant, and from whose neck it is said a still more horrid monster will spring should it be decapitated.

A two-headed triceratops that lays waste to entire mountainsides in its hunger for human flesh and fire (it eats both with glee). It can kool-aid man through an entire regiment of infantry or castle wall. It is said that the only way to defeat this creature is to teach it chess and then defeat it. One head wants to learn chess, the other thinks chess is stupid. 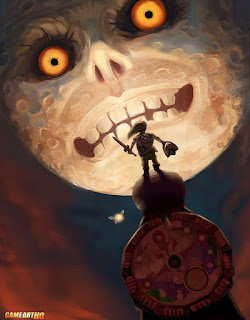 Tlön The Round was a debased heresiarch who founded a religious sect a couple hundred years ago that was chiefly based around the worship of platonic solids. After he tried to summon the moon (so close, yet so far) some adventurers threw him into a bottomless crevasse.
Transformed somehow by that experience to resemble the object of his veneration, Tlön eventually hovered out and has spent the past decade killing people that vaguely resemble the adventurers who threw him in. He is only visible to one person at a time, can imagine objects and creatures into existence, and is embarrassingly bad at mid-battle repartee (think Dubya in a rap battle with a Bronte sister). 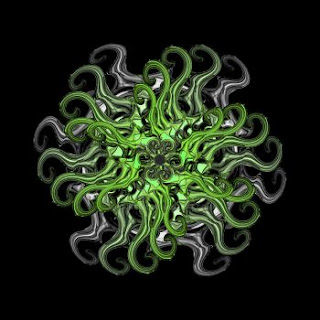 The fractal hydra is but a single snake, but she exists in many times and places, often simultaneously. When you march into her cave, you'll see a big-ass boa constrictor hanging around atop some skeletons or basking in cave-slime. She smelled you coming and is very, very hungry.

Her bite induces spasms and worse: her bite wounds have emit live snakes for several minutes. And we're not talking nice, friendly snakes. No, these are very pissed.

Any creature that injures the hydra for so much as 1 hit point of damage is cursed: at their moment of death, the fractal hydra will emerge from their abdomen. She couldn't possibly fit in there, and the players probably thought that the fractal hydra was long-dead, but it's time for round two. Surprise!

i wish i was this cool