No people have suffered like the Hazarim. Their empire once spanned from the sands of Llarsh to the emerald waters of the Dying Sea. For a time, this sufficed. But several disastrous centuries served to reduce the empire until only the capital remained, surrounded by semi-independent villages. When the Khaldo came from the north with their great army, it is held that the city burned for twenty days.

For the insolence of the Hazar judge-king who refused to surrender, the Khaldo king decreed that the Hazar people would be destroyed forever. Of the four-hundred-thousand Hazars in the city, a mere twenty-thousand survived and were taken as slaves. Most were eventually brought to the capital at Khaldok, where they commanded a fine price due to their literacy.

Over the centuries, the Hazar remained enslaved but grew ever more useful and prominent amongst the Khaldo aristocracy. Their advice was sound and their divinations potent. A sort of sycophantic class of palace slaves arose, whose lives were more or less indistinguishable from the Khaldo royalty whom they served. They incorporated many of the strange Khaldo practices, including their preoccupation with dreams and spell-enhancement via the ritual handling or consumption of poisonous insects. Some even began to worship the strange Khaldo deities: Crepulon, whose eyes are the stars and whose hands are fish; Esshss, whose numberless legs are exceeded only by his even more numerous children; and broken-winged Chinnu, whose blood is nutritious enough to sustain her and, at least symbolically, her worshippers. 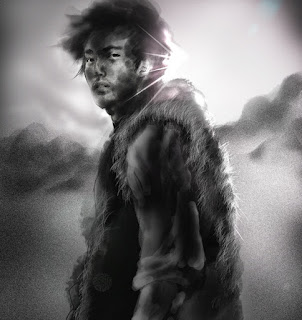 After several centuries of exile, a man arose amongst the poor who claimed he could perform the ancient, now-lost art of raising the dead. He was not the first man to claim this, nor the first to be proven false when his arts were challenged. The crowd intended to beat Gossivam to death for his lies, but a stranger in their midst revealed himself to be an emissary from the long-neglected Hazar gods. "Though he was untrue, I have made him true. Do not kill this man," the stranger commanded. He departed on a whirlwind of flame, as the prophets of old.

Gossavam arose from the ground, his wounds closed. He spoke with newfound presence: the wisest of the free Hazar would come with him to the ruins of their old capital, Ummaq. There, they would set about their godly work. One by one, led by infallible miracle, Gossavam and his faithful disinterred the corpses of the ancient judge-kings and returned them to life. Only missing is Zakar-shum-Wai, the first judge-king, who was devoured by a whale.

Each of the judge-kings was brought back in a state of decay befitting their sins in life. Marunhal, the fourth king famous for butchering his wives, was hardly more than a skeleton. Juvenae II, who twice foreswore his regency, appears as whole as during his first life. Regardless of the state of their body, each retained the wisdom and experience gleaned from their years as ruler, and exhibited a holy dedication to Gossavam and his sacred mission. 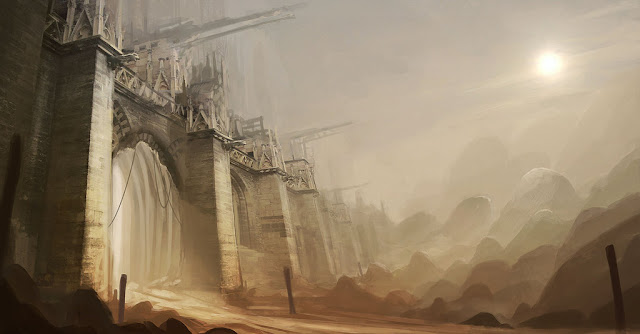 Ummaq, the sacred capital of the lost Hazar empire, lived once again. Most of the revived judge-kings also possessed the gift of life-giving, and set about its use with vigor. By the thousands, the lost citizens of old Hazar returned to life, though most displayed signs of decay in accordance with their failures during life. The city rebuilt itself. The long-fallen Walls Of Astrovar were rebuilt under the watchful eyes of old Astrovar himself, with many of the same engineers and servants who had helped him during his first life. This time, sustained as they were by sacred prayers and guided by holy purpose, they required neither sleep nor food. The wall sprung up almost overnight.

When the Khaldo sent their army to tame their unruly subjects, they found a city girded by stone and guarded by soldiers that could not be slain. Their army's careful sorties experienced terrible losses before giving up. The Khaldo have embraced a face-saving fiction, claiming the city as a tributary.

In Khaldok, the exiled Hazar slowly became aware that their ancient capital was reborn. Pilgrims ventured to behold it with their own eyes. The walls were indeed a sight to see, but none were permitted within. Gossavam himself waited by the city's gate, turning away the living.

"Only the dead may enter," he said. "Bring me your righteous dead and I shall return to them their breath, that they may reside with us, forever." He was as good as his word. Hazar brought before him were returned to life, whereupon they entered the city walls and were never seen again. As with the others, their state of decay upon revival reflected their moral decrepitude.

Eventually, it became the universal Hazar custom to send their deceased to Ummaq. A cultural sea change occurred: what righteous man would fear death, when he was awaited by the holiest prophets, the wisest kings, and all his friends and family who had gone before?

These days, most Hazar turned their back on the Khaldo, keeping themselves as separate as possible. Meanwhile, the palace Hazar cling ever tighter to their power, seeking to distance themselves from their poorer, more religious kin. In many ways, the powers of the Khaldo government are now largely wielded by a bureaucracy of semi-integrated Hazar. Still, many a palace Hazar sees to it that his bones will be discreetly conveyed to Ummaq upon his demise.

The grounds outside Ummaq are tended by an order of benevolent monks, who seek to protect those traveling to the holy city, while maintaining a state of such moral rectitude that their bodies will pass into Ummaq without blemish.

Elsewhere, the Hazar are valued for their knowledge of science and lore. Small Hazar communities can be found in many larger kingdoms throughout the region, providing their services while still maintaining their traditional beliefs.

Seemingly immortal himself, Gossivam still stands at the gates of Ummaq, reviving the dead and ushering them within. None who enter Ummaq emerge, ever.