The eye wants what the eye wants. It was crafted by Omnipitos, the greatest diviner of the previous age, who may or may not have originally stolen the art of divination from the gods. It is part palantír, part enigma machine. It has discerned a path of probabilities by which it can survive the apocalypse of the world and collapse of the universe. Any survivor would be a god in the universe-to-come.


The eye can't actually tell the players what it wants, per se, but it can give them visions that impart its desires and dislikes, very well. 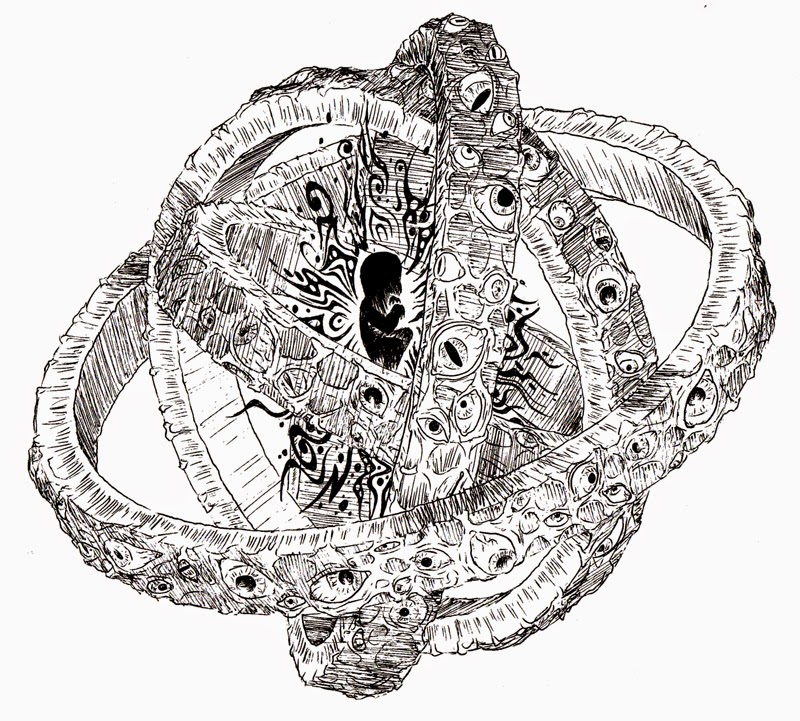 Others' Plans For The Eye

When two fantastical nations make war on each other, it's a good bet that magical espionage and sabotage feature prominently, as will precautions against the same. Because the eye's clairvoyance is not easily thwarted by spellcraft, it is of obvious strategic interest to any national actor that is aware of it and expects that it might someday be involved in a war (all of them). A decent spellcaster with a nation-state backing their research will eventually be able to use the eye to perceive their enemies' plans before their enemies even conceive of them.

The fallen cherubim Aszottiel knows of the eye and desires it. Aszottiel is slow to travel, but many other fallen creatures owe him favors or obedience. It will send these creatures to bedevil the players. The eye does not want Aszottiel to find it.

The eye is coveted by certain magical orders, especially the Many-Angled Sages. Don't forget to use your random monster mutation table to flesh them out. If you don't have a cultist that's incubating face-huggers, I'm going to come to your house and pour wine on your carpet.

If the eye feels you are thwarting it or preventing it from achieving its goals, it may curse you. Curses last for the day, regardless of whether you still possess the eye.

If the eye is especially pleased with a player on a particular day, it may give impart one of the following, lasting until the next day (d6):

(While not especially metal, the eye is probably usable in any edition of D&D, LotFP, or whatever. I like items that modify how you play the game without giving you flipper hands or otherwise totaling your character. I also really like when  you can hand a thing to your players so that they feel like they actually own it.)
Posted by Pity Crit at 10:06 PM