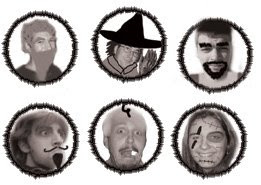 Production Value - Campaign Maps
The campaign world map should be given out to PCs as soon as possible, and they should have some kind of idea about each area on it. I would encourage you not to make the map on a macro scale, as you would rather have the map be just large enough to contain the PCs for the first ten sessions or so, rather than have multiple continents that the PCs will never visit.

Production Value - Dungeon Maps
I don't use minis or tokens except for if I feel like amping up the production value a bit. Making these takes quite a bit of work, so the other parts of the game will often suffer as a result. But if it's the boss of a stretch of dungeon that the PCs have been working on for the past three sessions, it might be nice if you prepared a nice big map of the area the fight will take place in, and print out some battle tokens. I use modified pictures of my players for their characters. Just take the pictures off facebook and edit them to taste.

Think From The Player's Perspective
There is no point in designing the royal family tree of a nation if the PCs will never need or want to know about it. The wrong sort of details can quickly become tedious. This is probably the cardinal sin that most DMs commit.

Game Balance Is For Players Not Monsters
If a monster is too hard or too easy, as the DM you can adjust the difficulty upwards or downwards. Sometimes it's just a matter of giving the PCs more time to plan or achieve surprise, sometimes you need to fudge the HP. Not to make things easy on them, but rather if you underestimated a creature's lethality or what have you. Similarly, you can make something stronger if the PCs have all gone up a level. Thus, unless you are a rookie DM, balance between the party and monsters will not usually be a problem. The real balance issues are between the PCs: if a dungeon favors one class or build over the other PCs' characters, or one PC has a clear power advantage over the others, then you need to adjust it. Because most PCs (not mine, usually) overreact to downward shifts in their power level or ham handed attempts to make the situations not favor their character's advantages, it may be better to simply improve the other PCs in a discreet way. One might do this by dropping more magic items oriented toward their class, or perhaps by giving the other peoples' classes specific improvements.
Posted by Pity Crit at 11:50 AM

Labels: how dare you insult my game sir