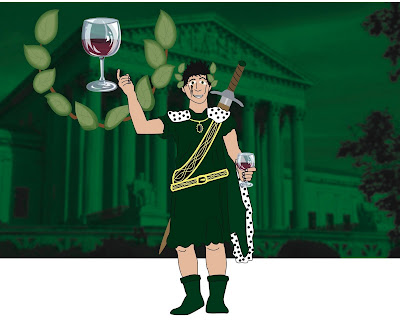 13. Drama - Segmented Dungeons: Break your dungeon levels up into sections that will take about a session each to manage. You might accomplish this by having there be seals that need to be broken between each level or section, by having unavoidable choke points, or assembly puzzles that need to be completed with items found in a given section. The reason to do this is so that each session feels like something fresh in the minds of the players when they begin a new session, and so that any rejoining players that missed a session or two don't feel clueless. If the segments increase in difficulty as one conquers them, there is also a rising dramatic arc.

14. Production Value - Logo: You should have a logo for your campaign. A symbol that has something to do with the game, perhaps a representation of the main MacGuffin or arch-villain's personal rune. Put the symbol on your character sheets and handouts. This is called branding, and will add "polish" to your campaign and make it more distinctive in the minds of your players.

15. Drama - Forming An Adventuring Party: Don't have them meet in a tavern. How will that distinguish your campaign as any different from tens of thousands of other games? The party works better when the players have an established relationship --making it a given that they are siblings and cousins has worked well for me. Or if you must have them meet, have them meet under circumstances likely to make them cooperative. Having them meet in the drunk tank of a jail, for example. Or in a more modern campaign, have them be caught in an elevator together for a few hours. I've also had one player be the head of a company that interviewed the other PCs to see if they were right for the job --if you do this, be sure to roleplay a few people that definitely won't get hired, just for fun.

16. Production Value - Character Portraits: Even if you aren't an artistically talented person (I'm not) you may have a player that is, or they may have amenable friends that are. Tell the players that if there is a decent character portrait made of their character then it is worth a good chunk of experience. Nothing makes a character more distinct than seeing it come to life.
Posted by Pity Crit at 9:54 AM